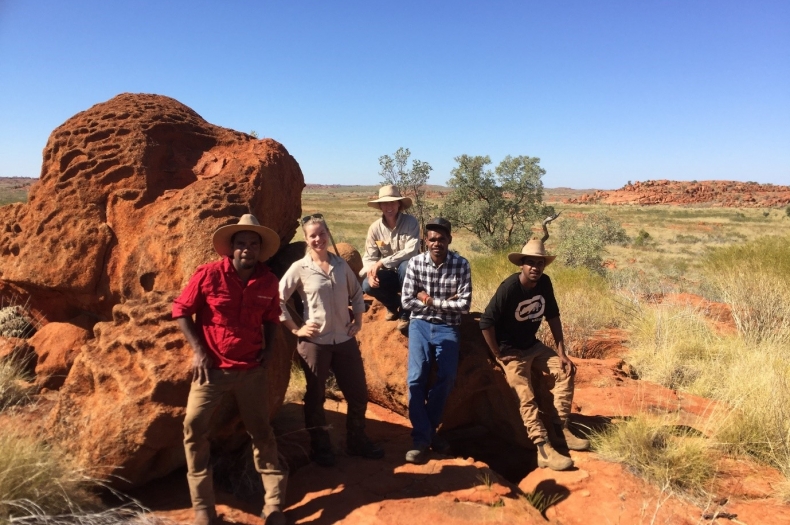 Yandeyarra Rangers with research assistant Sian Thorn and Field Officer Pip Short who spent the day rock hopping to set up cameras and look for signs of quolls and feral predators.

We are working with Yandeyarra Rangers and researchers to monitor declining populations of northern quolls and introduced predators living on their Pilbara lease in an effort to curb further losses.

The ranger group has been working with researcher Harry Moore from Charles Sturt University to set up remote sensing infrared cameras to monitor the predators across several different habitat types on the Yandeyarra lease.

Nationally, populations of northern quolls have undergone a significant decline recently, thought to be due to the impact of cane toads, predation from feral cats, foxes and wild dogs, and habitat changes due to burning and grazing pressure.  One of the last major strongholds for the northern quoll, the Pilbara population, is considered crucial to the conservation of the species due to its genetic distinctiveness and its geographic isolation from cane toads.

The research aims to enhance the ranger’s and other land managers capacity to conserve quolls by providing them with a better understanding of the threats most likely to impact the population, such as feral predator densities and fire histories, and how to manage them.

Researcher Harry Moore setting up a monitoring camera with Ranger’s John Stewart and Nathaniel Herbert looking on. Individual animals are identified by their spots.

“The rangers already knew where quolls could be found on their lease but it has been a great opportunity for them to be able to work alongside scientists to marry their traditional ecological knowledge about the species with new research,” said Pip Short, Greening Australia’s Project Officer.

The project forms part of Greening Australia’s work with the Yandeyarra community and pastoral station to develop a ranger team that will work holistically to look after their culture, country, people and environment. The project is funded through State NRM under the Community Capability Grant Scheme.

“We’re really excited about the opportunity to work within the Yandeyarra Indigenous Reserve, especially in partnership with the Yandeyarra rangers and Greening Australia. Indigenous knowledge and understanding of how our natural systems function has certainly been underutilized in the past so it’s really encouraging to have the support of the traditional land owners for this project,” said Harry Moore. 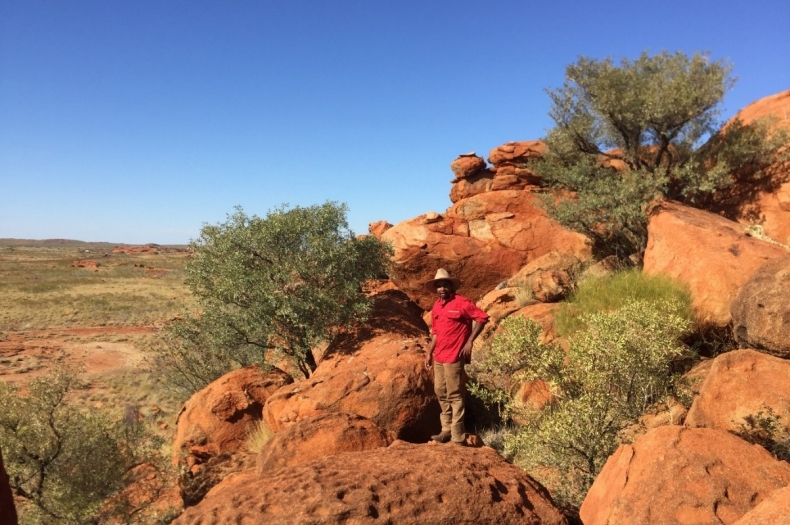 Gaston Stewart looking for signs of Northern Quolls such as scats.

“The rangers are keen to continue to be involved in this project. Having local rangers who live on country being trained up and able to undertake monitoring, research and management of threatened species is vital to ensuring the project’s success and the survival of these species,” says Pip.

“With the combined support of Greening Australia, the Yandeyarra ranger group, the Department of Biodiversity, Conservation and Attractions, Roy Hill Pty Ltd and Charles Sturt University, this project will deliver a comprehensive data set to be used in guiding future management intervention in the Pilbara region for Northern Quolls,” said Harry.

This project is in association with the broader northern quoll research being undertaken in the Pilbara region by scientists in the Department of Biodiversity, Conservation and Attractions.

If you are interested in finding out more about either of these projects, or any of Greening Australia’s other programs, please contact Pip Short at [email protected] 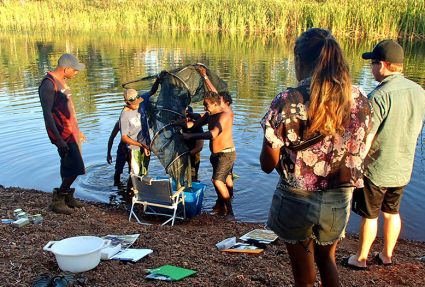 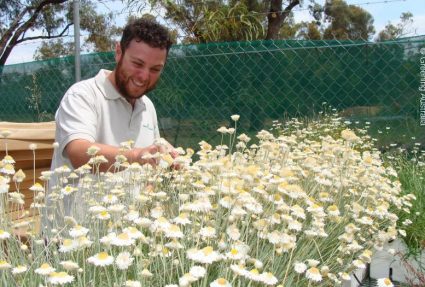 NAIDOC Week in the Capital Region 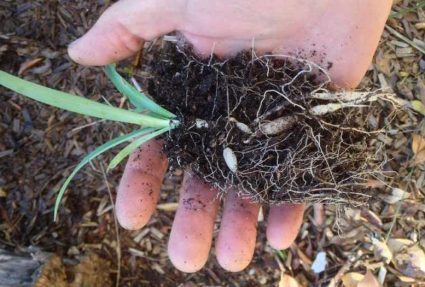 Everyone loves a free feed – the brilliance of bush tucker