When you look outside, you take in everything 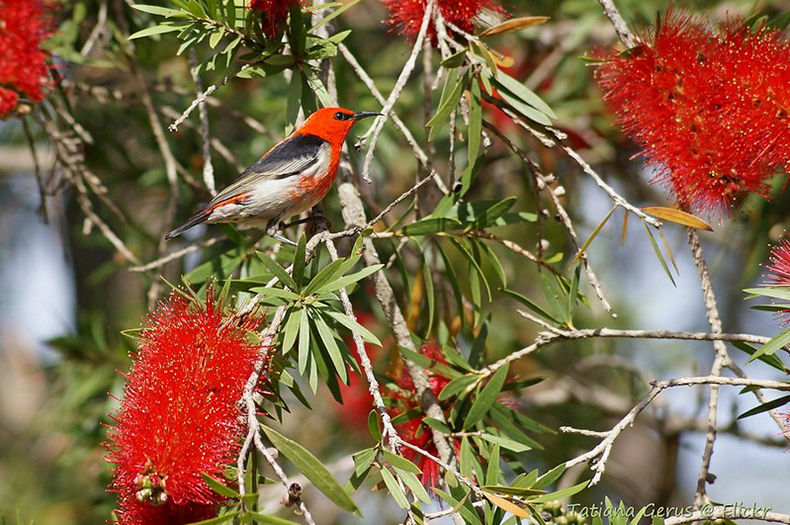 This story is a reflection by Cecilia Tse-Min Hung, who completed an environmental social work placement with Greening Australia’s Cooling the Schools project as part of her studies at Western Sydney University. She draws on interviews with the principal, teachers and students at St Mary’s South Public School.

A scarlet honeyeater was happily enjoying the nectar of a bottlebrush next to the field at St Mary’s South Public School.

“This beautiful bird is here at your school because you have planted the trees providing it food and a home; that is also why we need your help to plant more trees,” explained Cooling the Schools project lead, Nicola Masters, to a group of year-5 students.

The students were amazed by how exquisite this tiny honeyeater was, flying among the red flowers. This was a perfect moment showing the interrelationship between people and nature.

“When you look outside, you take in everything; not just the people and the buildings, it includes everything living in this space,” Principal Harry Vassila said to me, looking through the window of his office.

He said the trees growing in the school are part of the community and an asset, and therefore the cost of maintaining the trees is not considered a burden.

When I asked Harry about what motivated him to join Cooling the Schools, he said the first reason is the aesthetic benefit of trees, because they simply look beautiful, and then the second is the cooling effect.

“Western Sydney is very hot! It has become even hotter in the past four years, so planting trees can really provide more shade.” Harry said he can see the students looking for the shade offered by trees during hot days.

Harry continued sharing that he also hopes to create some positive environmental impact, such as carbon fixing, soil water retention and habitat restoration.

“I look beyond teaching my students how to read and write, I want to teach them to be outstanding citizens. I hope my role as a school principal can inspire them to make better decisions towards the environment that we all live in.” 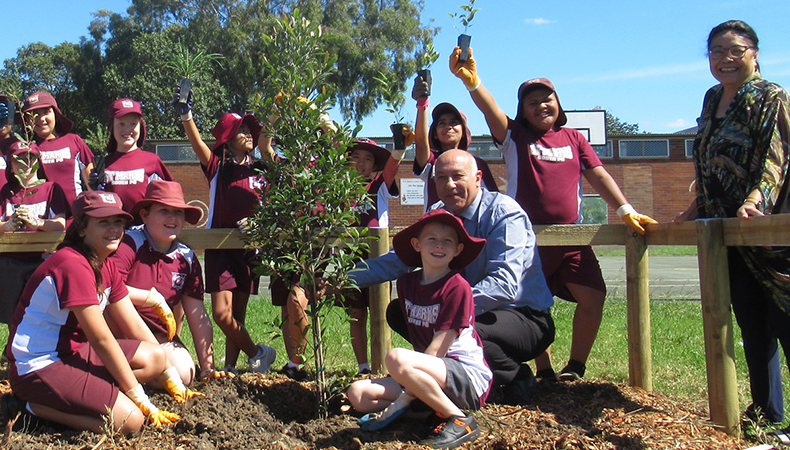 While the students excitedly planted seedlings with Nicola in the schoolground, I chatted with the teachers about what they want their students to take home from Cooling the Schools.

They all responded that they hoped students could take ownership of their communities and the environment. Year-6 teacher, Taylor, explained, “I want to encourage my students to be more aware of things happening around them, both locally and globally.”

Year-5 teacher, Kylie, mentioned that she often brings her students outside to read in their usual circle time activity. “You can see being outside calms them and the refocusing effect is obvious.”

Another Year-6 teacher, Ian, told me that he is relieved and overjoyed knowing that they can contribute to regenerating the environment, because trees have been continuously removed.

Where the new trees were being planted was far from the water supply, but the students enthusiastically carried watering cans between the sites without any complaint about the work. 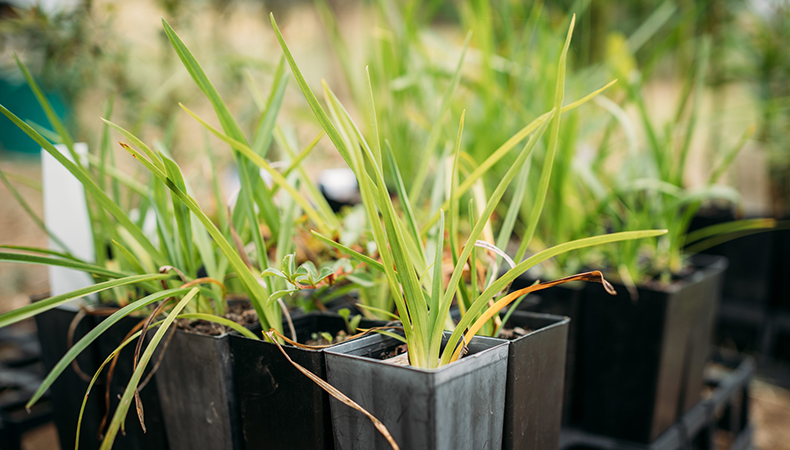 While I was walking among the students assisting with the planting, a little boy said to me, holding a seedling he was about to put into the ground, “I noticed nobody wants to plant the small ones, but I want to take care of them because I am small like them.”

I was amazed by this beautiful response and decided to give him a gentle nudge. I brought some grass seedlings to him and said, “There are many of these grass babies left in the tray, do you want to take care of them for us as well?”

He immediately took over the seedlings and said, “Of course, otherwise they will die if nobody takes care of them.” I witnessed a child who has somehow developed an innate sense of connection to other forms of life. More importantly, it simultaneously cultivates a sense of healing, and enhances his respect for himself as a kind and loving individual.

Altogether, we planted 300 plants with almost 90 students that day. At the end of the day, a girl came to express gratitude at being given this opportunity.

“I’ve just lost many of the trees in our garden recently, because my parents cut them down, so thank you so much for letting us plant trees in my school – I feel better now.” A couple of her friends next to her were nodding when she was talking.

I was incredibly touched by this genuine gratitude for unexpectedly discovering the healing power of planting trees, while grieving the loss of something significant to her. 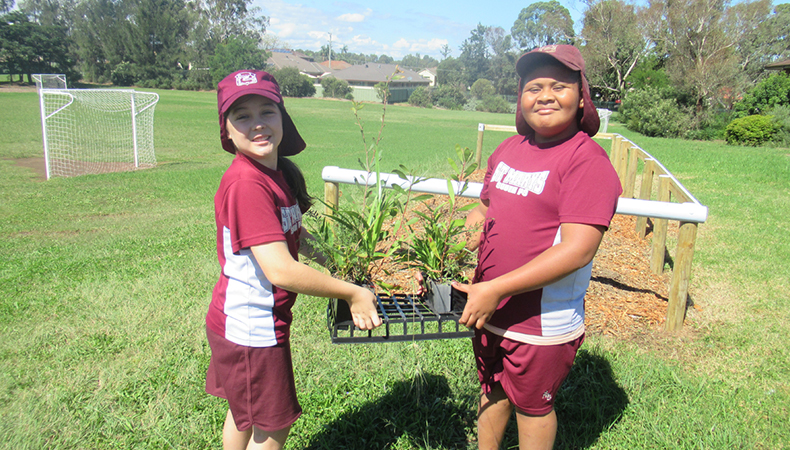 Working with these children and teachers through Cooling the Schools, I have seen that people’s understanding of the world and the self are intertwined and co-narrating with the environment they live in.

Our interaction with the environment both consciously and unconsciously takes root in our personal experience.

When we are planting a tree in the ground, we are also planting something living in ourselves; when we water a seedling, we are also watering our mind.

As civilisation has progressed, the separation between human society and the non-human world has become larger. However, there is growing evidence that people have evolved with nature, just as dogs have evolved with humans, for example.

The restorative power of the natural world has been increasingly recognised, and meanwhile there is also increasing awareness that environmental problems are, in fact, people problems.

As a social worker, I cannot ignore the environmental factors while working with people and communities. I think what the school principal, Harry, said not only resonates with this perspective, but also simply demonstrates a different way of looking at the world: “When you look outside, you take in everything.”

The delivery of Cooling the Schools in Sydney is funded by the NSW Government under the Greening Our City initiative, which aims to increase the tree canopy and green cover across Greater Sydney by planting one million trees by 2022. Schools can register their interest in participating by completing this form.

Cecilia Tse-Min Hung is originally from Taiwan, and has a background in both investigative journalism and narrative psychology. Her social work practice focuses on community development and environmental social work. Cecilia’s placement with Greening Australia’s Nature in Cities program made a valuable contribution towards our efforts to measure the social impact of our environmental restoration. Her placement was also part of a doctoral research project at Western Sydney University titled ‘Re-imagining social work approaches to confront the climate crisis’. 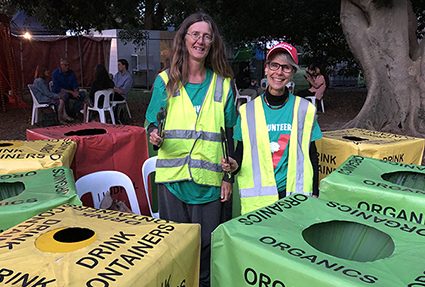 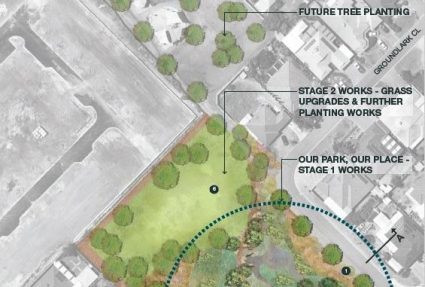 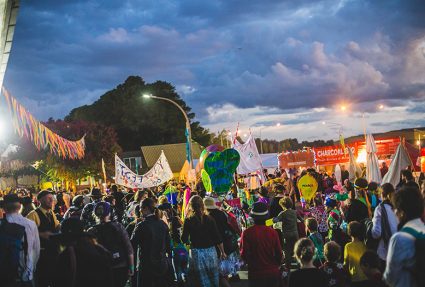