Students get taste of life as a ranger 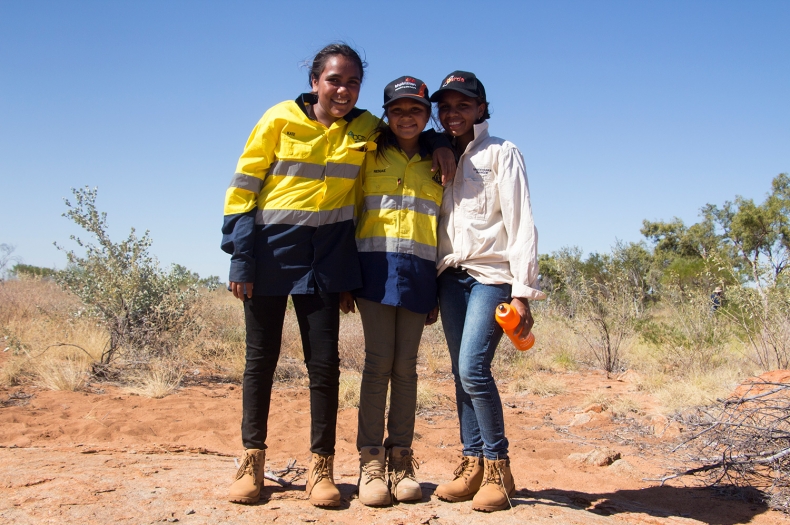 Female students from Yandeyarra Remote Community School laced up their hiking boots for a unique opportunity to experience the important role of a ranger on the Pilbara lease.

Greening Australia’s Pip Short used her extensive knowledge to brief the six students on endangered species, including bilbies and quolls, before embarking on an overnight camping adventure on Thursday, September 14.

The ranger program has continued to blossom as Greening Australia continues its relationship with the Yandeyarra community and pastoral station since partnering in November last year.

Yandeyarra was recognised as a suitable and compatible community for the program because it has a local school, strong community leaders and a pastoral station. 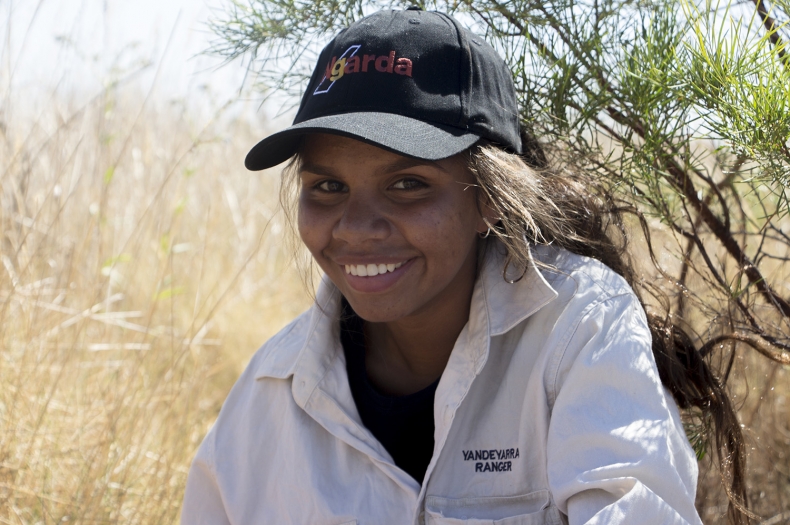 The silhouetted shadows of the spinifex against the red dirt was the perfect backdrop for the first day of this hugely inspirational conservation initiative. With a few exceptions, the trip was the first camping experience for most of the girls, who were led on the adventure by Ms Short and accompanied by parents and elders, Yandeyarra Station’s Jillian and their teacher Jessica Albers.

Before jumping into the ranger activities, the women stopped under a shaded tree to enjoy some lunch and fuel their bodies for a big day ahead before finding the perfect area to work on. 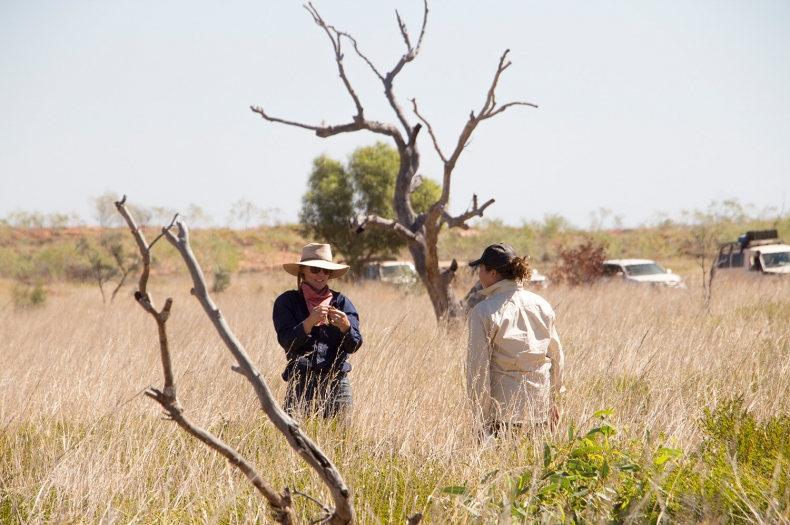 The searing Pilbara heat was no deterrent for the excitement and eagerness of the crew, who spent hours walking through the knee-high spinifex looking carefully for traces of bilbies, cattle, diggings at the base of trees, burrows, and grubs on the root of plants.

Infra-red cameras were set up in the area next to bait, made up of peanut butter, sardines and rolled oats, to monitor the predators across several different habitat types on the lease.

Ms Albers said there was a mix of confidence, nerves and excitement in the lead-up to the trip, as the girls heard stories from the Yandeyarra boys, who conducted their own ranger program the week prior.

“There were stories of snakes getting into tents and some of the boys had stories of scorpions which set all the girls off before the trip,” she said. 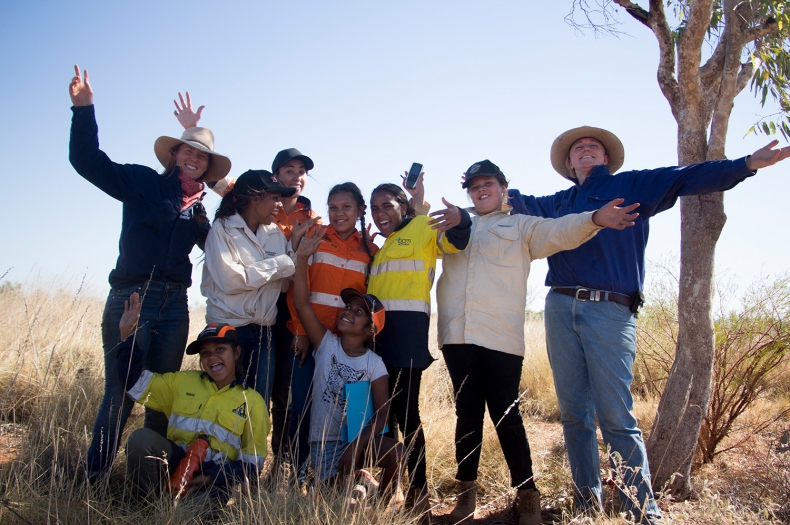 She said the ranger program was an authentic learning opportunity to build on the theory and environmental work students had been doing in the classroom.

“Because the ranger program is only just starting in Yandeyarra, it is a really good taster for them to see what the program is about and then spark that interest to go on,” she said.

“Hopefully the ranger program will continue in Yandeyarra … even if the girls do move to other communities, they may have that confidence and interest to join in, in other places.

“There are programs out there for the guys for this sort of thing, so I think it’s really great that there is a women’s group.”

Ms Albers said the girls were thrilled to contribute to the program, by applying their new knowledge into action and conducting their own data collection.

Ms Short described the Yandeyarra ranger program as a “introductory-course” in looking after country.

She said the Yandeyarra community had shown a strong commitment to good management of their land and the trip had been a fantastic way to engage the girls in monitoring.

“Bilbies and quolls are species that the local community want to protect, as we know they are quite endangered and the Pilbara is one of the last areas where they still exist in the wild,” she said.

“Habitat surveys show that the Yandeyarra Reserve should have these species on them as they have the right habitat types here for these animals to live in.”

Ms Short said being a ranger was a good opportunity to get out on country, find out what’s there, and then be able to protect and monitor endangered species if and when they are found.

She said there had been a big push from the elders to get more women out on country and learn about how to protect it.

The partnership between Greening Australia and Yande-yarra was funded through the State Government’s Community Capabilities Grant.

Article originally published in the West Australian on Friday, 29 September 2017. 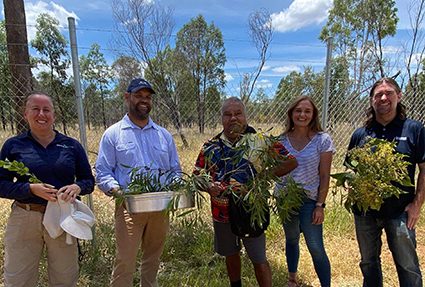 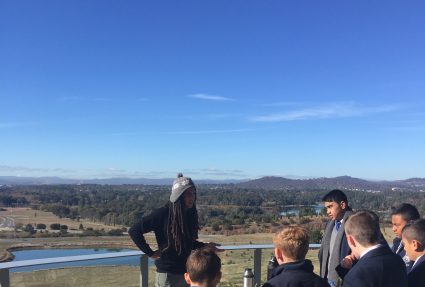