Saturday 4 May was Wild Koala Day, and what better way to mark the occasion than working to improve their natural habitat? 100 people in Campbelltown, South West Sydney came together to plant 1,400 trees to expand the size and vegetation diversity of an existing Koala corridor. 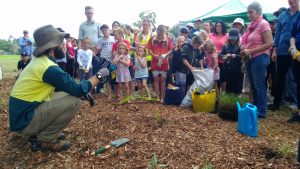 This project was in conjunction with Campbelltown City Council and WWF Australia – we were also joined by the local Mayor and state MP.

It’s the first activity in this Nature in Cities flagship project focussed on large scale revegetation across 100,000 ha of Southern Sydney. South west Sydney supports the only disease-free Koala population in the Sydney Basin, being unaffected by chlamydia. We are working together with Campbelltown Council and WWF-Australia to ensure the continued growth and sustainability of this population by relinking and restoring critical habitat corridors to support their safe passage. With some of the priority areas for Koala habitat restoration less than an hour’s drive from parts of Sydney, this project represents a great opportunity for people from Sydney to reconnect with nature and contribute to helping this iconic species to thrive. 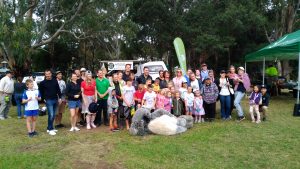 Despite a Koala being spotted in a tree on-site 3 weeks ago, the only Koala we saw was that giant one! Over the coming weeks schools, corporate volunteers and GA staff will install a further 1,600 plants. We’re delivering these activities in partnership with WWF Australia and Campbelltown City Council.

Read more about the project 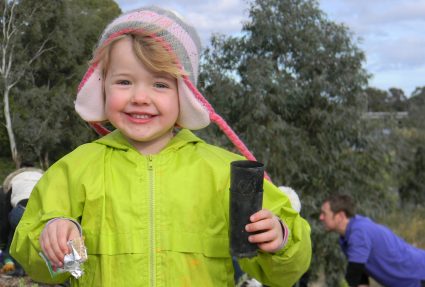 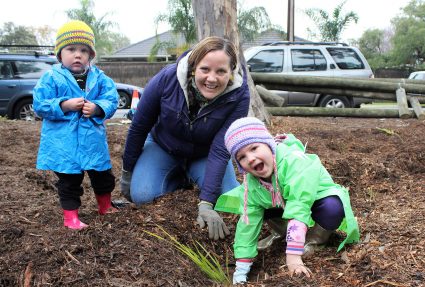 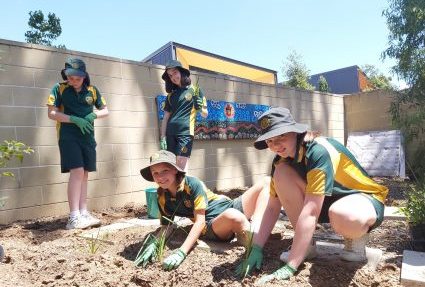