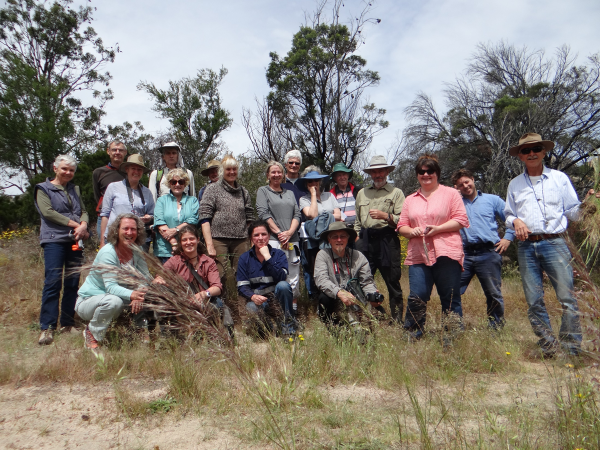 Along with Jallukar Landcare and Greening Australia, volunteers from the Jallukar Native Grasslands project have collected seeds from native grassland species and propagated these species in the group’s nursery near Pomonal, Victoria. The aim is to grow the seedlings in seed production areas and harvest the seed for restoration projects in the local area.

In 2016 it was recognised that there was a critical need for native seed in the area Grampians area of Victoria, in order to undertake grassland restoration in the region. At a meeting of the new Wildlife Art Museum of Australia, the Grampians branch of the Australian Plant Society and Jallukar Landcare – the Jallukar Native Grasslands Project was initiated, due to the recognition of a highly skilled and diverse volunteer base. This project was to be run with assistance from Wimmera CMA and Greening Australia, alongside Jallukar Landcare, with the aim of creating a volunteer run seed production nursery.

Throughout the project, the aim was to increase the local community’s capacity to undertake high quality grassland restoration. During this first year of the project, we held several plant ID and seed collection workshops. The workshops gave participants the knowledge and confidence to collect seed, resulting in over 30 species collected (from a diversity of locations). 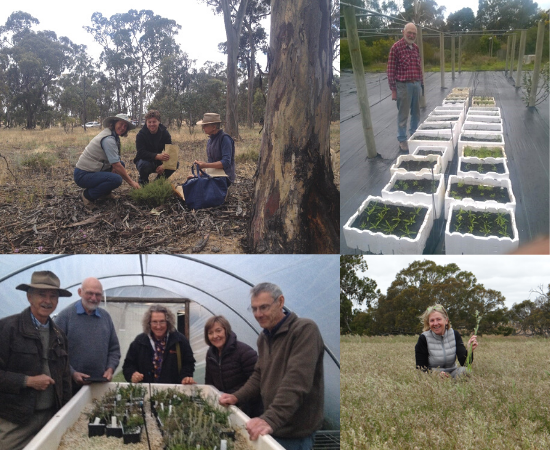 The Jullakar volunteers in action!

Landholders and volunteers have also begun sharing discoveries of native grassland plants via the Jallukar Landcare Facebook page. This has been a great way to keep people involved and updated in between workshops.

At present, the volunteers are undertaking a targeted field collection for species that were missed in last year’s collection. We are also in the process of establishing several other species into in-ground seed production beds for bulk harvest.

This project has been a four year success story of organisations working together, volunteers using their skills and gaining new ones – and making great strides to help nature thrive. Jessica Gardner, Greening Australia Project Officer in the Wimmera areas of Victoria, has been making use of the native seed cultivated by this group of volunteers in landscape restoration In March, Jessica and apprentice Yas created a seed mix from the seeds cultivated by the Jallukar volunteers. 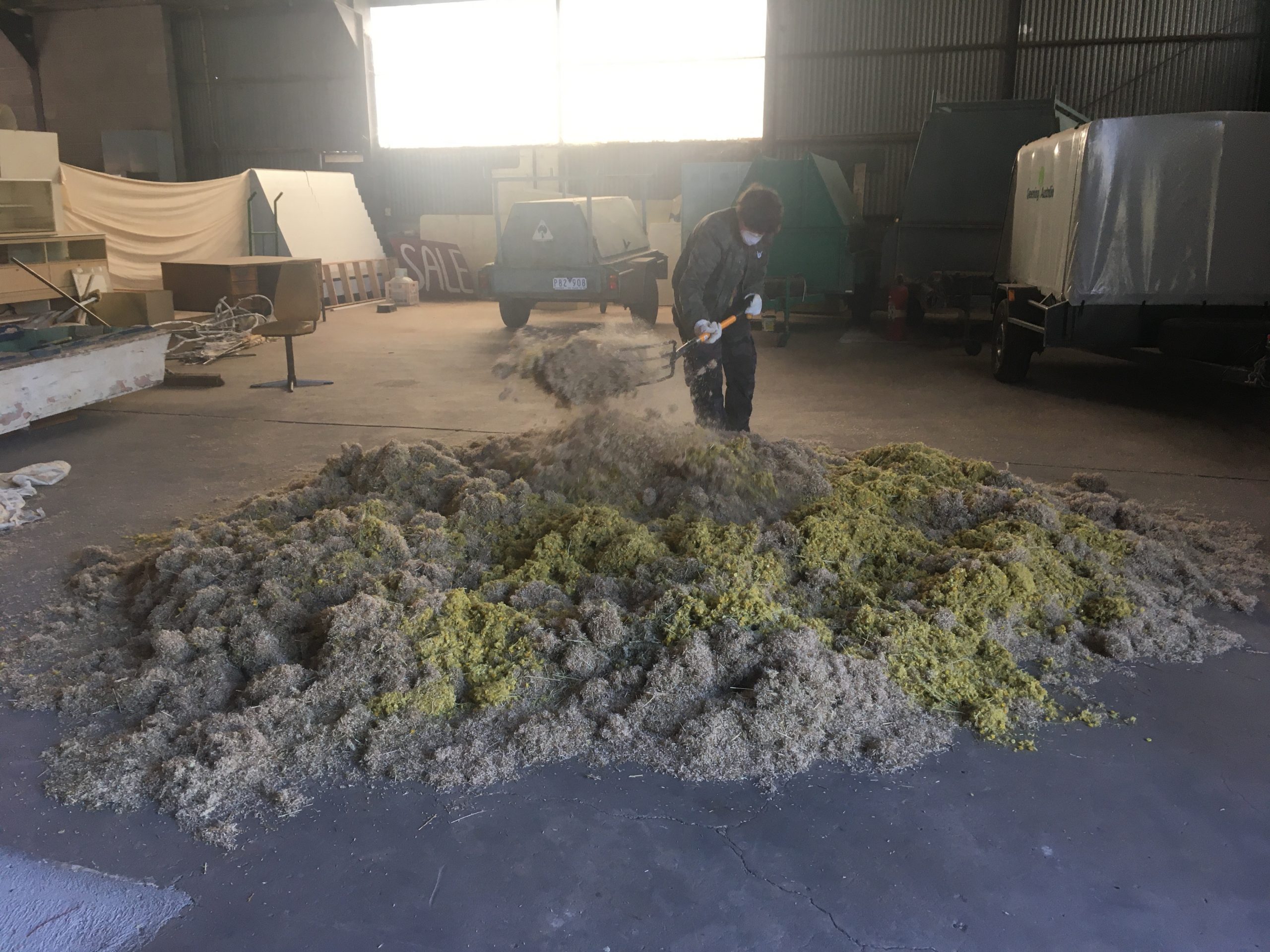 The seed mix, reading for sowing!

A seed mix is a mixture of different species of native seed – like a giant seed muesli!

This seed mix contained 50kg of twelve different grass species, both summer and winter active were mixed with 20kg of common herb layer – some rare and some common. We create this mix by putting the seed into a seed mixer (pictured below). This mixer was in fact built by Jessica and the team, specifically for this project. 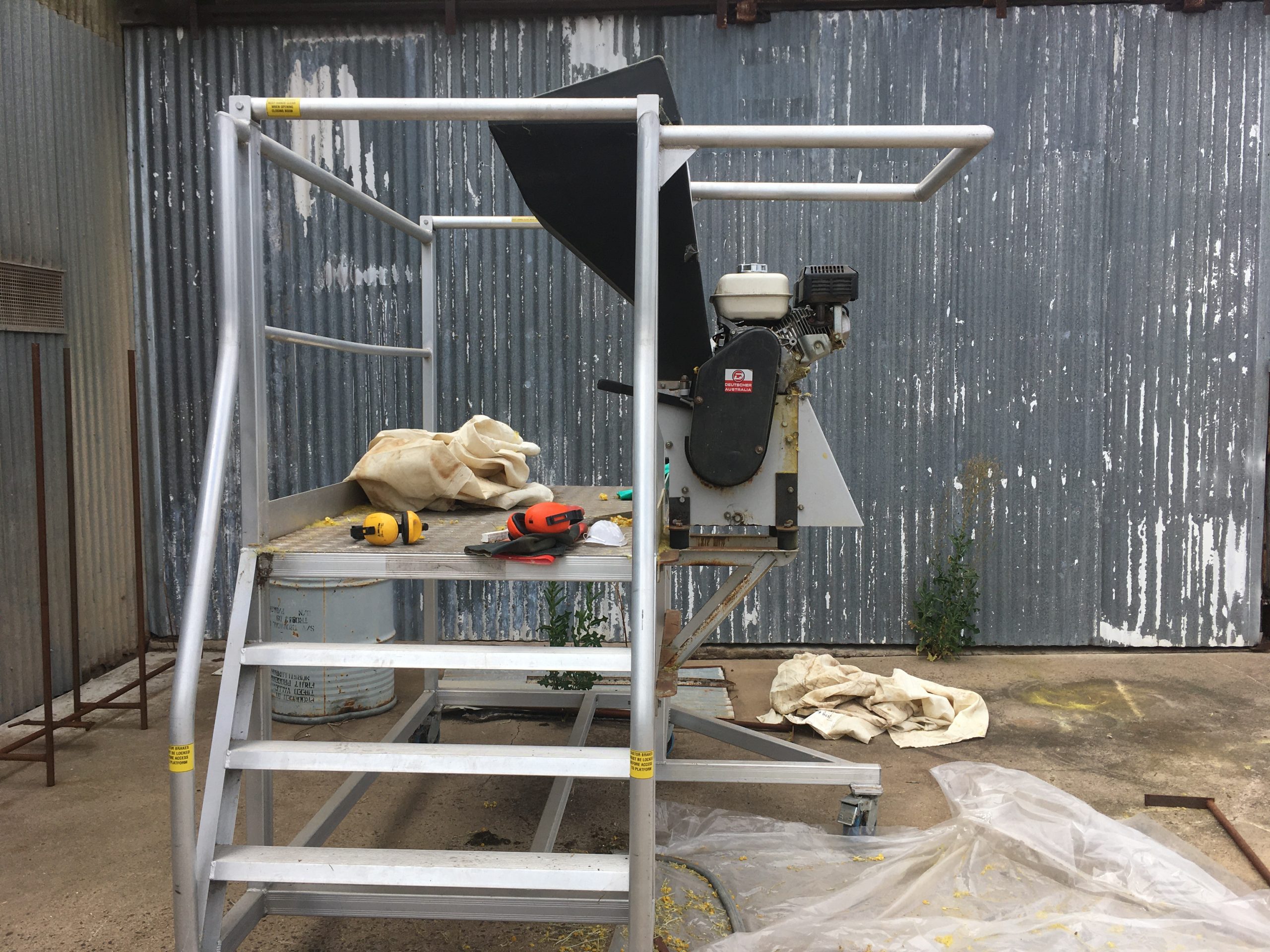 Seed mixer – built for this project

In May, this seed was used to sow a 2 hectare area which is the culmination of three years work from the community volunteers based project. It’s quite the milestone, and by Spring hopefully the volunteers will be able to celebrate a job well done once the seeds begin to sprout. 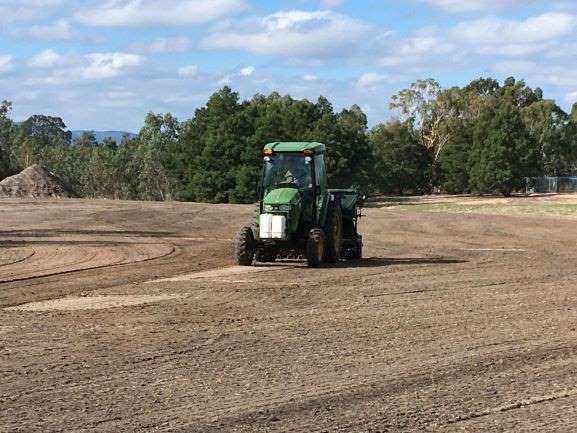 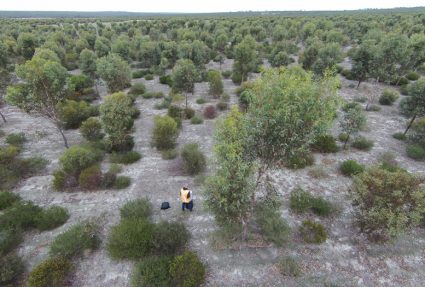 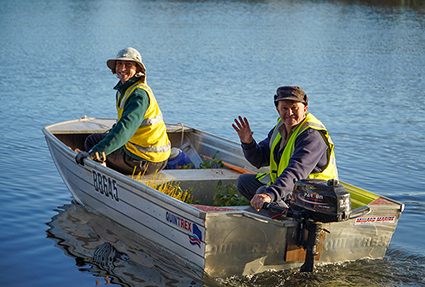 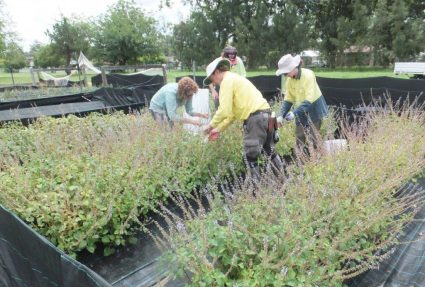 A new era in grassland and grassy woodland restoration