This month Greening Australia and Officeworks celebrated the two-year anniversary of the Restoring Australia initiative, which sees two trees being planted for every one used, based on the weight of paper-based products which customers buy at Officeworks.

So far, the initiative has helped successfully restore more than 900 hectares of land and provide habitat for 14 threatened or endangered wildlife species. Greening Australia will have planted more than half a million native trees and shrubs by the end of 2019 as part of the initiative, which aims to enhance biodiversity and restore degraded landscapes across the country.

Greening Australia CEO Brendan Foran said, “The science keeps endorsing tree conservation and restoration as one of the most effective ways to tackle climate change, habitat loss and land degradation simultaneously. Planting over half a million trees in just two years is testament to the tangible differences we can make when we pull together.

“The next 10 years are critical, and it’s fantastic to have a partner like Officeworks on board with us that shares our vision for landscape-scale restoration. We are looking forward to extending planting to more sites across the country through the Restoring Australia initiative”.

The award-winning partnership launched the Restoring Australia initiative in 2017, with some of the first planting sites being on the properties of local landholders in the heavily-cleared Tasmanian Midlands. In the past two years, a total of 153,000 trees have been planted in this area, helping to restore vital bushland that in turn improves water quality and enables local wildlife and communities to flourish. 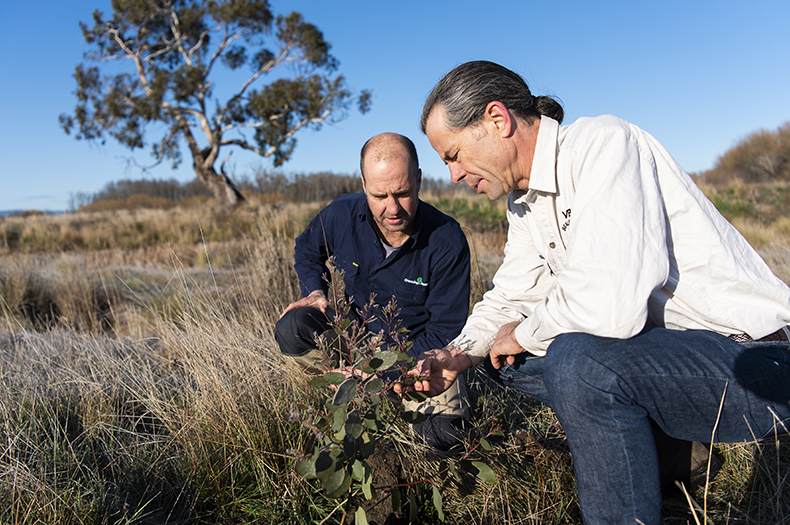 Julian inspects the plantings on his property in the Tasmanian Midlands with Greening Australia project officer Jimmy. Photo by Annette Ruzicka.

Fourth-generation sheep grazier Julian von Bibra is one Tassie landholder who offered his property as a site for Restoring Australia trees.

Mr von Bibra said, “One of the best outcomes of the Restoring Australia initiative plantings has been seeing the local wildlife return. The University of Tasmania recently did a study on the life of birds within the area, and they heard calls of the Spotted Pardalote. Apparently, the pattern of their call indicated there was a nest nearby, which is exciting given their widespread decline in the Midlands.

“We have also noticed an extensive wombat burrow network on a sandstone terrace overlooking the river. This species has been under threat in many parts of Tasmania, so supporting a healthy Midlands population is a great result.”

Officeworks General Manager Corporate Affairs, Alexandra Staley, said, “Knowing we have played a significant role in restoring 900 hectares of land, bringing threatened wildlife back to these regions and making such a life-changing impact to local landholders and communities is incredibly rewarding.

“Without our customers’ support, we wouldn’t have been able to make such positive progress only two years in, but we acknowledge there’s still a way to go in terms of extending the reach of the initiative to continue to make bigger things happen for communities around Australia that need it the most”.

Over its two years, the initiative has completed planting across nine sites around Australia. New sites were added in Queensland and Western Australia this year, with plenty more planting projects planned for 2020.

The majority of trees planted through the Restoring Australia initiative are linked to projects in Greening Australia’s Great Southern Landscapes program. 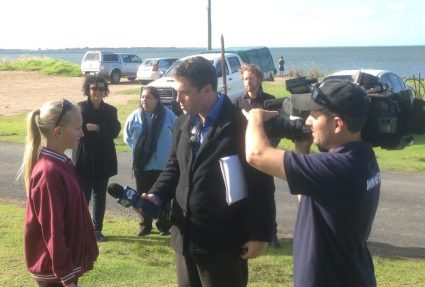 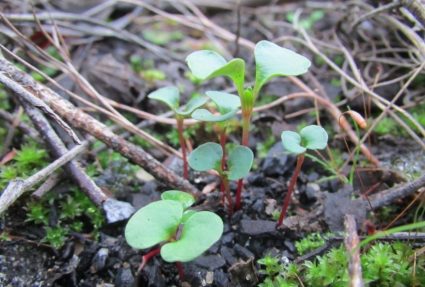 Working to save the South-Eastern Red-Tailed Black-Cockatoo 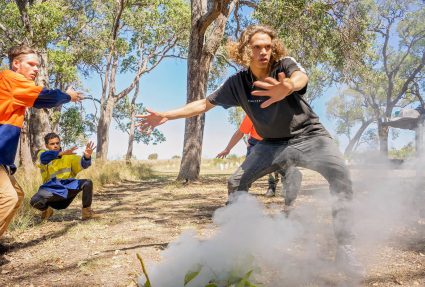