Royal spotlight on the reef

In a strong show of support for our ailing Great Barrier Reef, the Prince of Wales joined the CEO of Greening Australia and other corporate and government leaders at a roundtable on Lady Eilliot Island on 5 April.

The roundtable, hosted by the Prince’s Trust Australia and the Great Barrier Reef Foundation, was a rare opportunity to shine the international spotlight on the reef and collaborate on solutions to the threats facing it.

“Collaborative projects with local landholders, communities, government, other NGOs and major corporates, are critical for saving our Great Barrier Reef. The roundtable was a rare opportunity to put our heads together to talk about real, practical actions to help the reef,” said Brendan Foran, CEO of Greening Australia.

“Our Great Barrier Reef is not only one of the world’s most diverse and beautiful marine ecosystems, it is also critical to our economy. The reef supports over 64,000 jobs, draws 2 million visitors every year and brings 6.4 billion dollars into the economy annually. We simply cannot afford to lose it.”

The event was also a chance for the Prince of Wales to learn about the projects that are already having a positive impact, such as Reef Aid.

“It was a real privilege to be able to highlight the impact that Reef Aid is having on improving water quality on the Great Barrier Reef. Next to climate change, poor water quality is the greatest threat to the survival of our reef, but this is something we have demonstrated we can tackle at a local level right away and make a significant difference in a relatively short space of time,” said Mr Foran.

“This doesn’t negate the need for strong, global action on climate change but in the meantime, we are tackling water quality to help build the resilience of our reef to a changing climate.”

The Prince’s Trust Australia Chair, Margaret Jackson AC said the royal visit was a wonderful opportunity to highlight the work currently being done and to explore what can still be done for coral reefs.

“His Royal Highness, The Prince of Wales, has worked to protect our natural environment, marine ecosystems, and biodiversity for decades,” Ms Jackson AC said.

“The Prince has a deep and enduring interest in reef resilience and it is an honour to continue this work on his behalf through The Prince’s Trust Australia.

“There is no time like the present. As we mark the International Year of the Reef, we have a responsibility to collaborate across government, not-for-profit, the private sector and with local communities to ensure we safeguard the Great Barrier Reef and its natural assets for generations to come.”

Virgin Australia board member, Samantha Mostyn, joined Greening Australia for the roundtable, reaffirming the airline’s commitment to Reef Aid which they helped launch in 2016.

Greening Australia will continue to build on the momentum created by the roundtable and have regular discussions with other interest groups.

The organisation is calling on the government and private donors to help restore the health of the Great Barrier Reef by supporting Reef Aid.

“By focusing on the three highest sediment producing catchments – the Bowen, Bogie and Broken – we can effectively reduce the amount of sediment flowing onto the reef by almost half by 2030.” 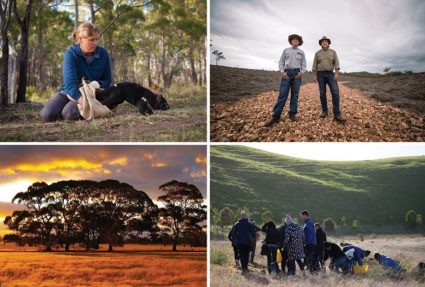 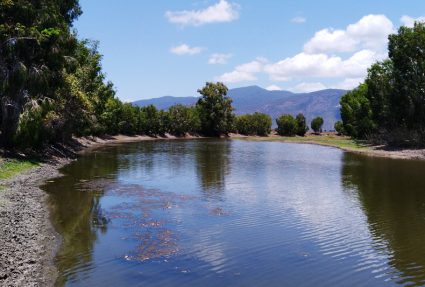 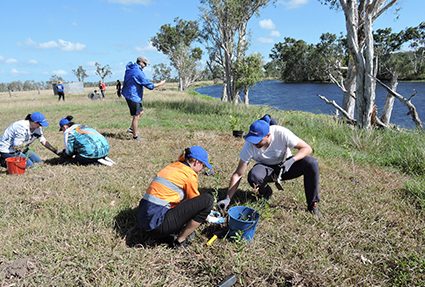