Did you know that Bank Australia is the only bank in the world with a conservation reserve? And each Bank Australia customer is a part owner of the Reserve.

Since 2008, when the first property was purchased, Bank Australia has grown the reserve to 2,117 hectares across a group of properties in the West Wimmera region of Victoria. These are the traditional lands of the Wotjobaluk, Jaadwa, Jadawadjali, Wergaia and Jupagulk people, who have been the Traditional Owners of this landscape for over 40,000 years.

Greening Australia is proud to work with Bank Australia and Trust for Nature, as well as Barengi Gadjin Land Council, reserve neighbours and the Country Fire Authority, to ensure the reserve is managed as an outstanding example of science-led conservation, community engagement and reconciliation in practice.

It is a privilege to be working on this visionary project with Bank Australia. The reserve serves as a leading example of tangible corporate conservation action, social responsibility and climate change mitigation. Alliances like these enable vital landscape and restoration projects that wouldn’t otherwise be possible.

Situated as it is within the agricultural landscape of the Wimmera district, the reserve provides vital habitat for a diversity of native plants and animals, including 270 animal species and 225 plant species. There is a particular focus on managing the reserve to support the threatened South-Eastern Red-Tailed Black-Cockatoo and threatened communities such as Buloke Grassy Woodland. 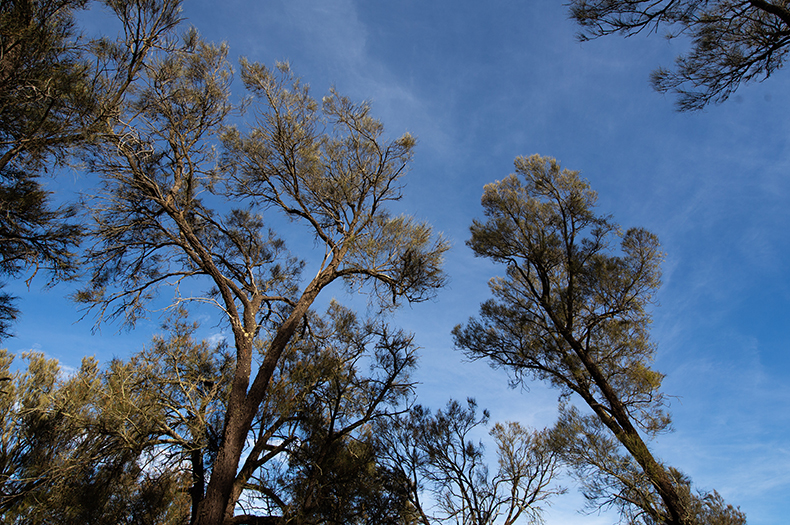 Buloke trees on the reserve. The endangered South-eastern Red-tailed Black-Cockatoo relies on the seeds of only three tree species for food – these bulokes are one. Credit Tom Day @tjtdaymusic

The reserve is also strategically placed to return connectivity to the landscape, allowing species to move between patches of remnant vegetation, contributing significantly to the realisation of the landscape scale conservation vision for Habitat 141.

The reserve properties have been set aside under a conservation covenant with Trust for Nature, meaning they are protected from development in perpetuity.

In 2018, Bank Australia, Greening Australia and Trust for Nature won the Banksia (Large Business) Award for the reserve’s 10-year strategy.