Val Wiseman – former Chief Executive Officer of Greening Australia’s ACT and southeast NSW office from 1989 to 1996 recently passed away.  It is in her memory that we reflect on her commitment and dedication to Greening Australia and conservation more broadly through excerpts provided by her son Rob Wiseman.

Val joined Greening Australia in 1989 as Chief Executive Officer, when Greening Australia was commissioned to manage the Hawke Government’s One Billion Trees program. In her role, she helped build a network of farmers, newly-created Landcare groups, policy-makers and schools to plant trees across the ACT and south eastern New South Wales.

Shortly after joining Greening Australia, she established a native plant nursery on Acton Peninsula in Canberra to grow tube stock for revegetation projects. This was supported by a pool of enthusiastic volunteers. Soon after, in 1990, she acquired Greening Australia’s first machine for direct seeding to help re-establish native trees on a large scale. Val also organised staff and volunteers to collect seed from local species, and she shared the seed-collection techniques with local farmers. While Greening Australia had been commissioned to oversee the planting of a ‘billion trees’, Val recognised the importance of establishing complete plant communities, including grass and understorey species, and she made this part of Greening Australia’s approach.

As well as re-establishing native trees, Val was instrumental in establishing weed eradication programs. A focus in the ACT region was the management of willows – efforts which eventually led to many willow species being declared a Weed of National Significance, and the development of a National willow management plan.

Although Val left Greening Australia in 1996, she continued to play an active role, and in 1997 she helped kick start and later chair the project management committee for the Bidgee Banks project. This project, run by Greening Australia, rehabilitated over 250 kms of the Upper and Middle Murrumbidgee River and its tributaries and went on to win a prestigious National Landcare Award.  Val was on hand to proudly help collect the trophy in Melbourne on award night.

Val initially represented Greening Australia at the UMCCC when it was formed in 1991 and chaired the UMCCC from 1996 until 2008. This Committee developed the first Catchment plan for the Upper Murrumbidgee, which later evolved into the first Murrumbidgee Catchment Management Plan.

Val’s energy and experience saw her elected to the Australian Landcare Council, advising the Federal Ministers for Environment and Agriculture. Val also chaired the ACT’s Catchment and Landcare Subcommittee, which assessed applications for Landcare projects.

Grassroots action was the cornerstone of Val’s approach. Her own property in Wallaroo, NSW, became a laboratory for testing different approaches to revegetation, with direct planting, direct seeding, and de-stocking all explored, along with various methods for capturing seed and preventing losses to rabbits. She was also active in the local area, taking part in the Hall Landcare Group. In 1999, Val was awarded the Individual Landcarer Award for her work.

Val had a lifelong interest in plants, particularly native plants. After her retirement, she and her husband toured outback Australia extensively, planning trips to see wildflowers in bloom, and recording the native environments which gave her such joy. In her blogs, she shared her botanical knowledge with other ‘grey nomads’, attracting a large online readership. 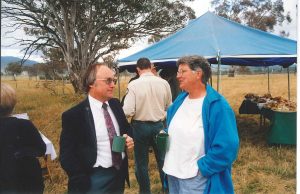 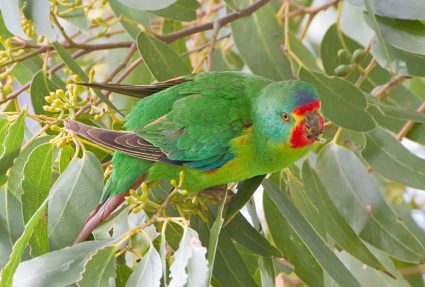 Reconnecting Budj Bim from the air 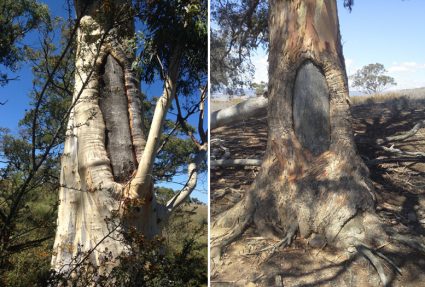