What does 'nature positive' mean? Why is it important?

The term ‘nature positive’ describes stopping biodiversity loss and restoring nature to pre-2020 levels by 2030 – with an aim for full and ongoing ecosystem recovery by 2050.

We currently live in what could be described as a nature-negative world – where human activity is driving an unprecedented decline and loss of species and ecosystems around the globe.

By contrast, a nature-positive world is one where this sustained degradation has been halted, and instead, nature is being repaired and regenerating. 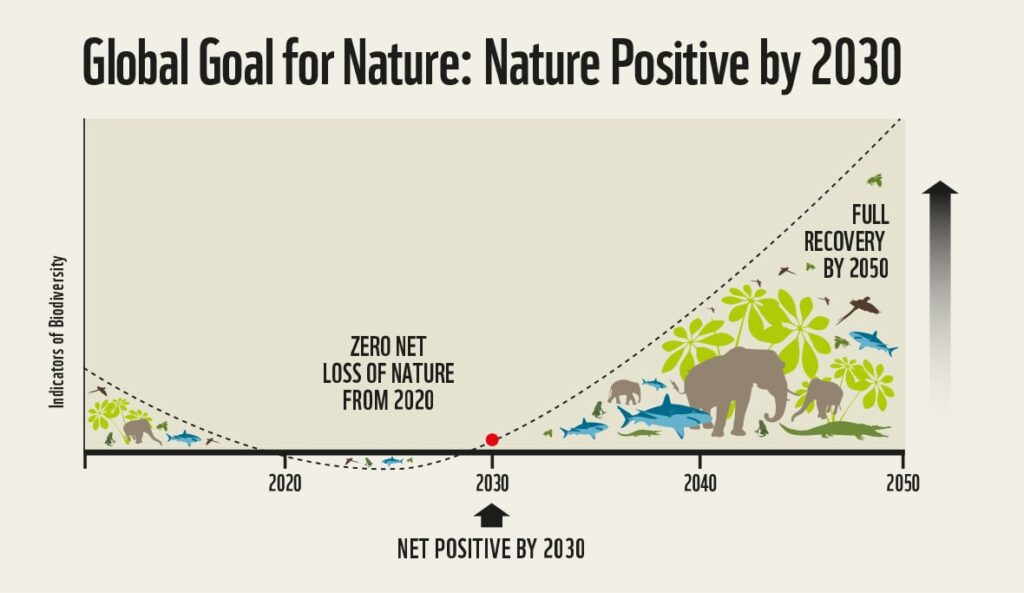 The condition of nature worldwide is such that a ‘minimising harm’ approach is no longer enough to guarantee the long-term resilience of our planet.

As such, the term ‘nature positive’ calls for nations, businesses, investors and consumers to shift their mindsets and practices beyond avoiding harm to adding value and restoring nature – that is, having a nature-positive impact.

Why is the term ‘nature positive’ important?

Our economies, livelihoods, communities and collective wellbeing all depend on the health of the natural world – which is failing.

There are two major, interrelated challenges to turning this around: climate change and biodiversity loss.

A clear target has already been set for tackling climate change by reducing greenhouse gas emissions. This is the UN Climate Convention’s ‘net zero by 2050’ goal – adopted through the landmark Paris Agreement in 2015 – to keep global warming well under 2°C above pre-industrial levels, and preferably to 1.5°C, to avoid catastrophic climate impacts. 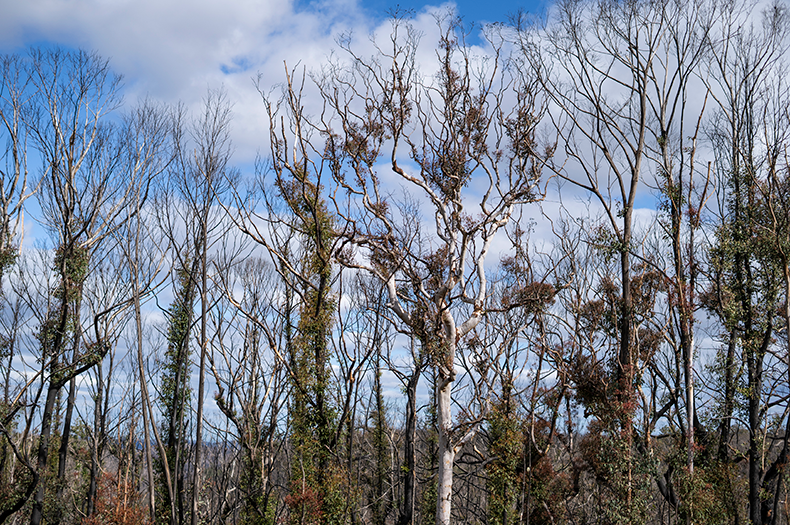 Reducing emissions is vital for limiting climate impacts such as more frequent and extreme events like bushfires, allowing people and nature to recover. Image: Nick Wood.

As a result, 33 countries, the European Union, and more than a third of the world’s largest publicly traded companies have now set net zero targets.

However, it has become clear that there is no pathway to limiting global warming to 1.5°C without addressing nature loss and land degradation. Rather than treat the climate and biodiversity crises separately, we need holistic solutions that tackle them simultaneously.

So to complement the net zero goal, we need a parallel global goal for nature, committing governments and mobilising businesses to take urgent action on biodiversity loss and become nature positive by 2030 (measured from a baseline of 2020). 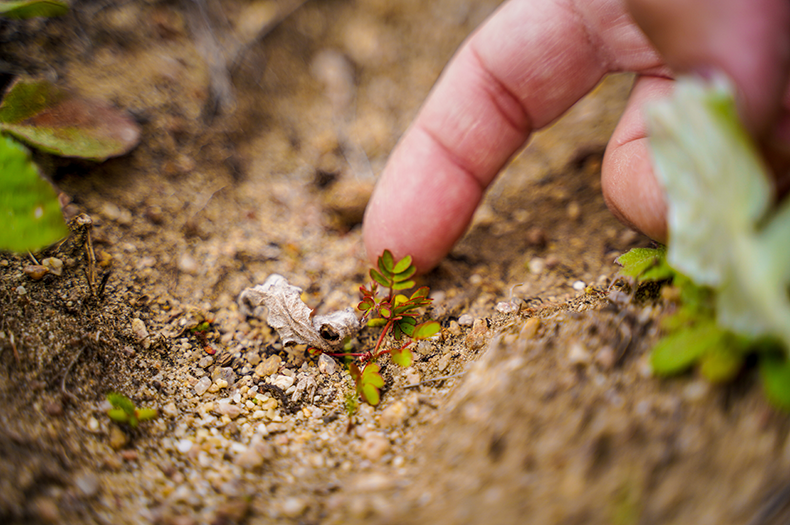 What steps have been taken towards a nature-positive future?

While the term ‘nature positive’ is helpful in guiding a mindset shift, it is short on detail. However, there are several steps being taken globally to help flesh it out.

In 2020, 95 nations signed the Leaders Pledge for Nature and committed to halting and reversing biodiversity loss by 2030.

The G7 leaders built on this in 2021 by signing the 2030 Nature Compact supporting the same global mission, acknowledging the world must become net zero and nature positive. 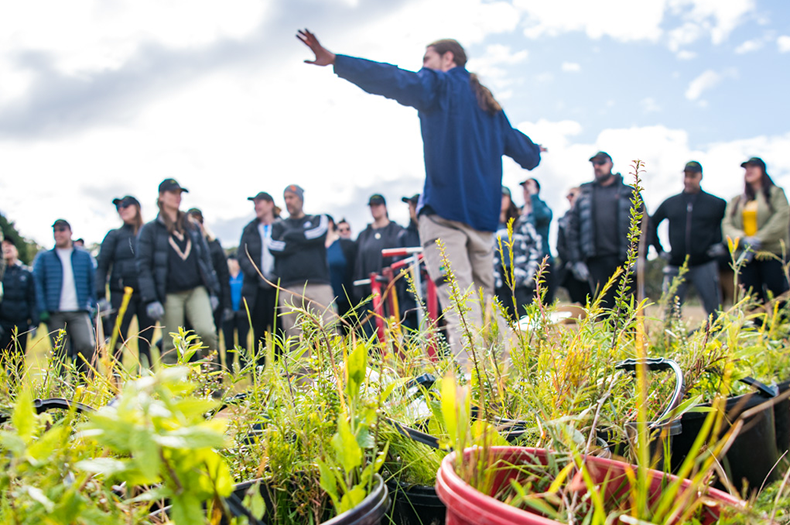 The term ‘nature positive’ sets the vision, now global steps are being taken to set clear goals and targets for making it a reality. Image: Annette Ruzicka

In December 2022, at the United Nations Biodiversity Conference (COP15), 188 countries adopted the Kunming-Montreal Global Biodiversity Framework. It sets clear goals and targets for halting and reversing biodiversity loss, including ensuring at least 30 percent of the world’s terrestrial, inland water, coastal and marine areas are protected and under effective restoration by 2030. This is a historic package of measures towards achieving a nature-positive planet.

What steps are being taken in Australia?

The Australian Government had already committed to 30×30 in 2021 – that is, to protect 30 percent of the nation’s lands and waters by 2030 – and reaffirmed this commitment in 2022 under new leadership.

At the same time, the Australian Government announced an additional target of zero new extinctions (a goal over and above those that were later agreed in the Kunming-Montreal Global Biodiversity Framework). 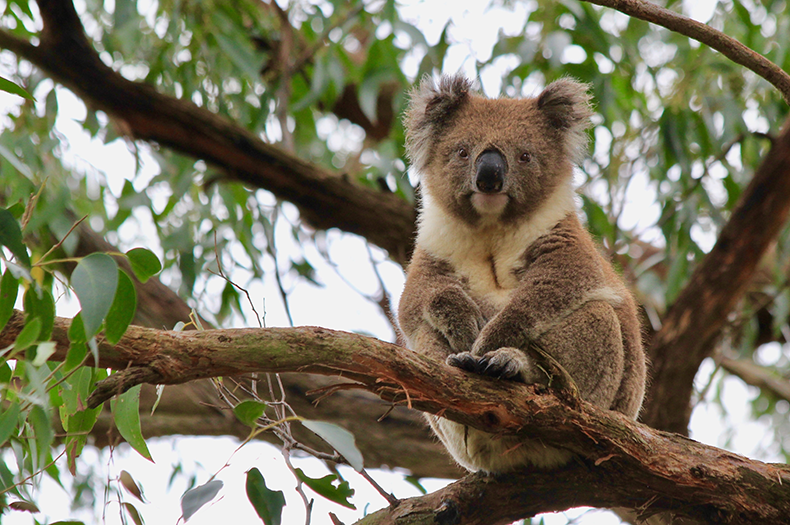 The Queensland, New South Wales and Australian Capital Territory populations of the Koala were newly listed as endangered in 2022.

Just prior to COP15, the Australian Government announced its Nature Positive Plan, a response to the recent review of the EPBC Act. As well as the 30×30 commitment, their plan also looks to introduce national environmental standards and establish an Environmental Protection Agency with enforcement powers. This legislation is set to be introduced to parliament before the end of 2023.

Now, as a signatory to the COP15 framework, Australia has committed to delivering the package of measures it outlines – including the new goal for 30 percent of areas of degraded ecosystems to be under effective restoration by 2030.

Urgent action towards this nature-positive goal could potentially address criticisms that the already sizeable percentage of protected land in Australia has been ineffective in halting the environmental decline and extinctions outlined in the most recent State of Environment report. Also at COP15, Australia and the United States agreed to work together on putting better measures on the economic value of nature. The idea is that better defining the value of nature will help sectors consider the environment in their decisions and help transition economies to a nature-positive future.

This ties in with moves to establish a national voluntary biodiversity market (through the Nature Repair Market Bill) that has potential to be a key part of building a nature-positive economy. PwC Australia found that a biodiversity market could unlock $173 billion in finance to advance biodiversity outcomes by 2050.

These are steps with great potential, keeping in mind that achieving a nature-positive Australia will also require halting and reversing damaging actions across the country such as land clearing and loss of threatened species, further investment in biodiversity, and effective enforcement of legislation to protect nature.

‘Nature positive’ is a helpful concept signalling a global appetite to recognise the true value of nature and rebuild it in ways that benefit communities, economies and the environment. Constructive early steps and commitments have been made towards a nature-positive future both globally and here in Australia. The critical work in delivering these commitments starts now.

Here are some links if you are interested to learn more:

Looking for help to harness the opportunities of a net zero and nature-positive future? Our nature-based solutions company Canopy assists clients such as landholders, businesses, and governments to achieve their goals through developing and delivering projects that restore, sustainably manage, and protect natural ecosystems. 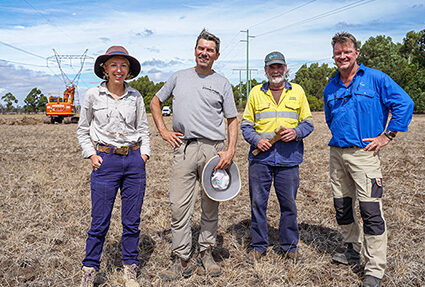 Drain transformed on Bastow Farm to boost production and biodiversity 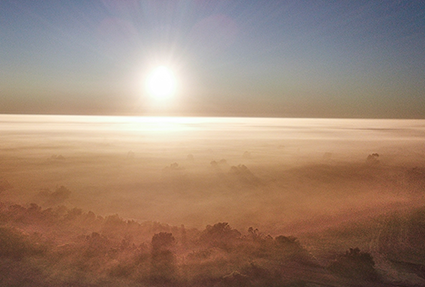 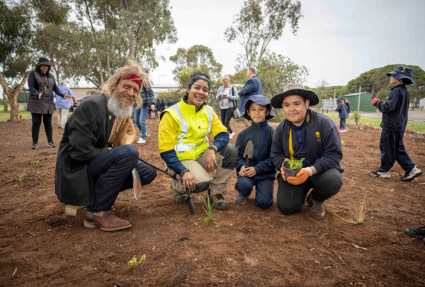