Raising the profile of the Glossy Black-Cockatoo

This iconic parrot, noted for the scarlet red panel on its tail feathers, has highly specialised habitat and dietary needs. We’re not only restoring its habitat but also working to raise awareness of its needs. 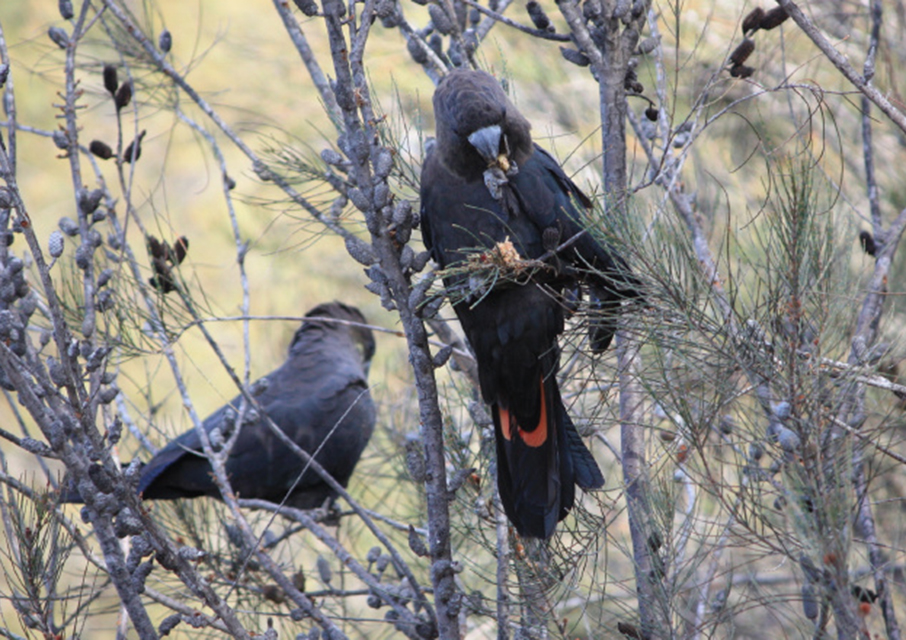 The Glossy Black-Cockatoo feeds almost exclusively on the seeds of the Allocasuarina species and nests in hollows formed in old Eucalypts, and therefore is particularly threatened by the loss and fragmentation of its habitat. There is an urgent need to increase the amount of suitable habitat for this species, particularly as the feed trees take a decade or more to start producing significant amounts of seeds. The protection of large hollow-bearing Eucalypts is also of paramount importance as a Eucalypt will take over 100 years to form hollows. In addition to this, a lack of awareness of the needs of the Glossy Black-Cockatoo also contributes to the ongoing loss and degradation of habitat.

Our project aims to restore the habitat of the Glossy Black-Cockatoo, through planting primarily forage trees (Allocasuarina) and other woodland trees such as Eucalypts and Acacias. The protection of large mature Eucalypts through incorporation into restoration sites will be encouraged.

Landholder and community awareness of the birds and their habitat will be increased through a series of workshops.

Community workshops will be held on:

Restoration of habitat specifically for Glossy black-cockatoos will be achieved by:

We will monitor the restoration sites to document the development of habitat, and the associated response of the bird community. The bird monitoring will build on Greening Australia’s long-term program of monitoring birds in revegetated habitats, adding to a substantial body of knowledge gained over the last two decades.

These charismatic birds and their distinctive red tail panels have been spotted in many new locations since the 2019-2020 bushfires, which affected so much of their usual range. Did you know that chewed cones under your she-oak trees can be a sign that a Glossy has visited? You can even tell how recently by the colour of the chewings!

We are collecting data about their changing distribution and numbers – if you’d like to help, we’ve created an online survey where you can report sightings of the birds and/or cone chewings. We are particularly keen to hear from people in the general area of: ACT, Sutton, Wamboin, Bungendore, Braidwood, Tarago, Gunning, Goulburn, Marulan, Canyonleigh, Bungonia, Windellama, Boro, Southern Highlands. 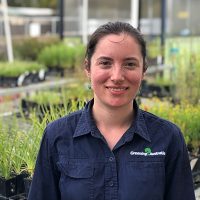 Lucy has worked with Greening Australia since 2017, after completing an Honours degree in marine ecology at the Australian National University. She has a long-standing interest in birds and conservation ecology, and has participated in several waterbird and woodland bird projects at CSIRO. After undertaking casual restoration works with the Canberra hub, Lucy moved into a project management role to help restore waterways and threatened species habitat.