The humble wildlife nest box has been given a hi-tech overhaul to help recover Greater Gliders which were severely impacted by Australia’s bushfire disaster, thanks to a new project partnership between the Australian National University, Greening Australia, and the World Wide Fund for Nature-Australia.

More than 30% of Greater Glider habitat burned in the 2019-20 bushfires, raising concerns that the species – which was already under extinction pressure – faces an even greater shortage of the tree hollows crucial to their survival.

Tree hollows that are used by Greater Gliders can take over 100 years to form. 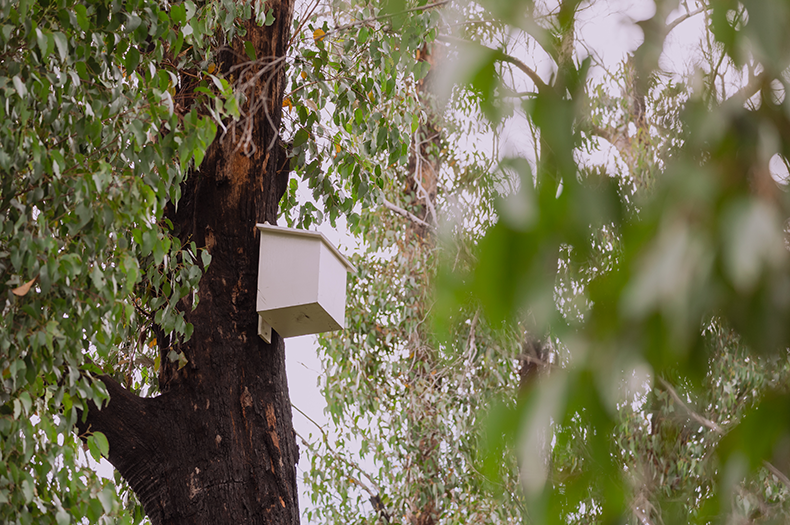 Heat-stressed Greater Gliders eat less and with naturally low fat stores can perish after a few days of not feeding.

One hundred and twenty hi-tech nest boxes have been mounted in fire-affected forests in Tallaganda National Park and state forest in New South Wales and a further 120 near Bendoc in East Gippsland, Victoria. Specialist teams had to manoeuvre the 15kg nest boxes into place up to 30 metres above ground because Greater Gliders spend most of their time high up in the canopy.

The areas with nest boxes will be monitored and compared to control sites (with no nest boxes) by Australian National University PhD student Jenna Ridley, to test if providing a readymade home can increase Greater Glider numbers.

“Producing and installing high quality nest boxes is costly so this project is very important because it will help us understand if expensive interventions like nest boxes are the best use of funding in our urgent mission to save Greater Gliders,” said Dr Kara Youngentob, research fellow at the Australian National University. 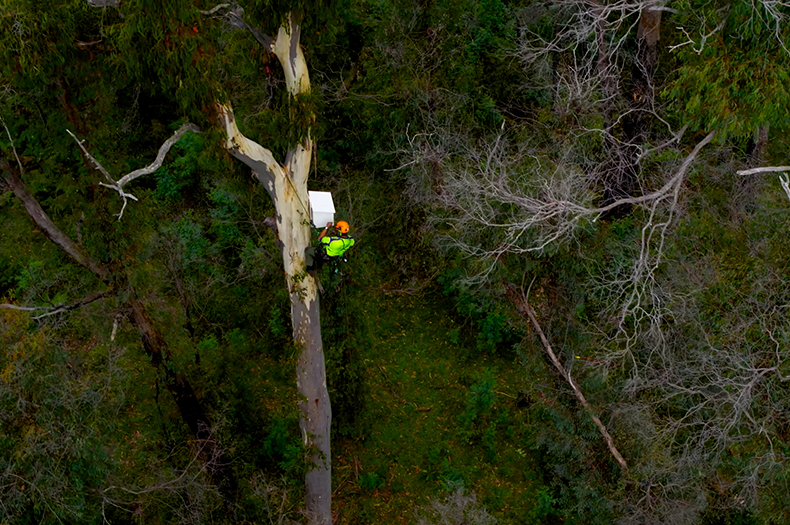 A hi-tech nest box being installed in a tree for the Greater Glider in the Gippsland region, Victoria. Credit: WWF-Australia / Tim Clark.

Greening Australia has been collaborating with contracted partners to develop and refine nest box design to maximise usage by Greater Gliders for years. Working with WWF-Australia and Australian National University, Greening Australia provided the nest box design for this project, which then underwent tweaks and rigorous laboratory testing by Australian National University prior to being deployed.

“I’ve affectionately been calling this design the Goldilocks box because we hope it will keep Greater Gliders not too hot and not too cold and will help to increase the species’ resilience in a changing climate,” said Dr Kita Ashman, Threatened Species and Climate Adaptation Ecologist, WWF-Australia. 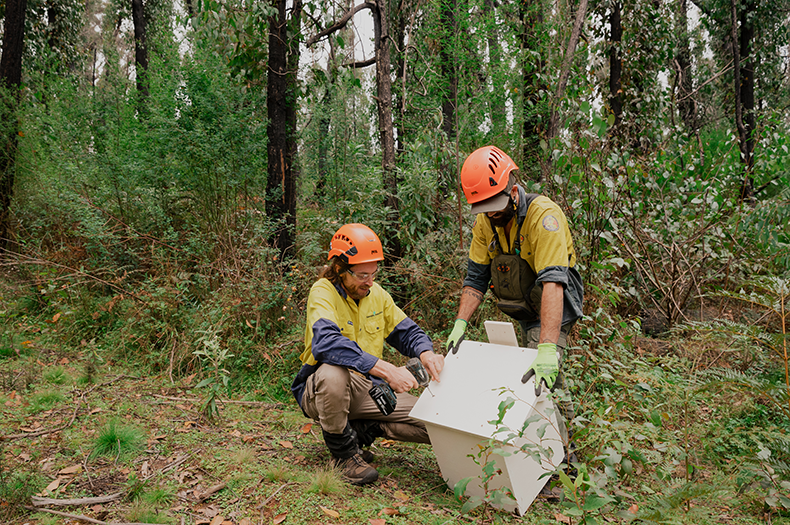 Everyone involved in this project is passionate about saving the world’s largest gliding marsupial, sometimes described as the “clumsy possum”, which is under threat from land clearing, logging and the climate change impacts of more extreme droughts, heatwaves and bushfires.

“Since I was a child I’ve always loved being out in the bush and I’ve been fascinated with Australia’s incredible nocturnal animals. However in the past 20 years we have seen an 80 per cent decline in Greater Glider populations and these recent bushfires have been devastating. So undertaking this recovery work is not only critical to support this already vulnerable species, it’s also very important and personal to me,” said Greening Australia Senior Program Officer Drew Liepa, who led the installation of nest boxes in East Gippsland.

“I grew up looking at Greater Gliders all throughout the Dandenong Ranges. So they have a really special place in my heart. We hope this project can help them persist while the forest recovers and get them moving back into areas that were burnt,” said Dr Kita Ashman.

Greater Gliders are nocturnal and survive on a low-calorie diet of eucalypt leaves, conserving energy by gliding. 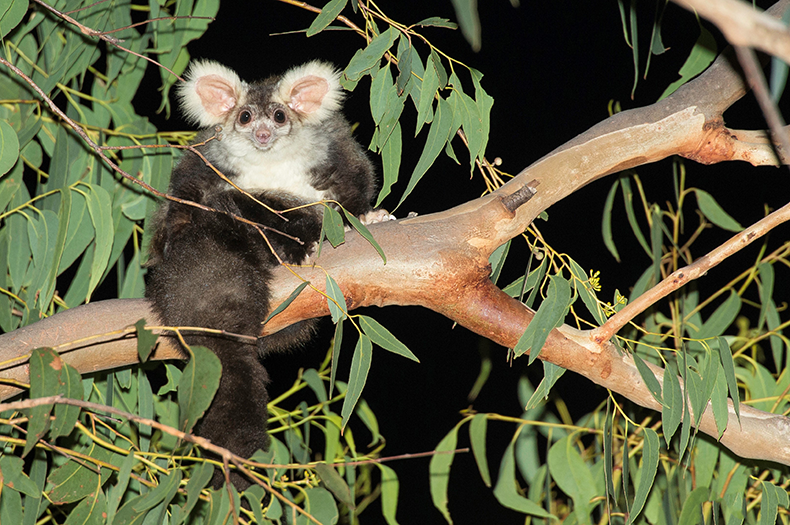 A Greater Glider perched on a tree. Credit: Matt from Faunagraphic

“I would talk to people about them and they’d say ‘what are you talking about?’ We’d go spotlighting and see these incredible, magical creatures that would glide from tree to tree. They’re a treasure for this country. And I think the more people know about them, the more that they will fall in love with them and want to protect them too,” she said. 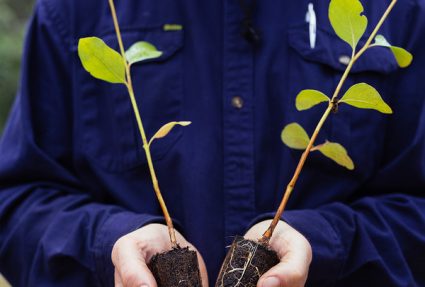 The future of native seed in Australia: a shared vision