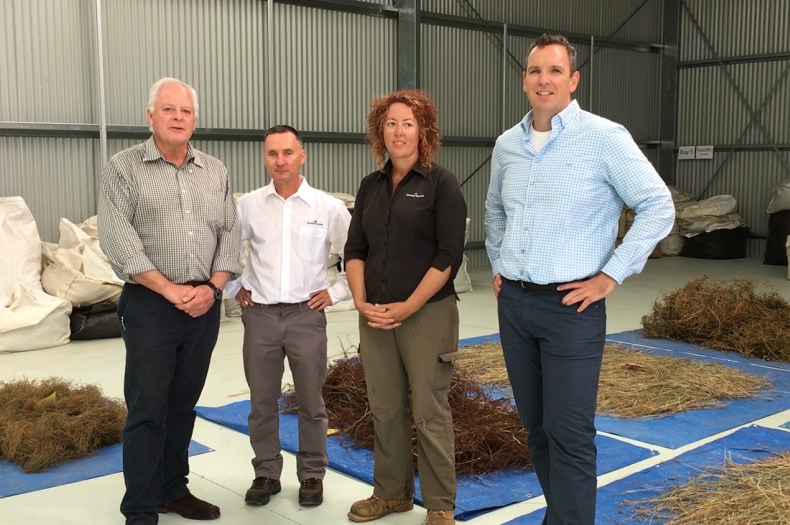 Gordon Davis, President of Greening Australia with Dr Paul Gibson-Roy, Samantha Craigie and CEO Brendan Foran standing in front of a small portion of the seed collected from the SPA.

Greening Australia is delighted with today’s announcement of $10 million in funding from the Commonwealth Government to develop the Cumberland Seed Production Hub. The ﬁve-year funding agreement is an important part of the biodiversity conservation program for Western Sydney Airport.

CEO Brendan Foran says for 35 years Greening Australia has been restoring large scale landscapes around the country, and development of the Cumberland Seed Production Hub will provide much needed additional seed stock.

“The Cumberland Plain Woodland in Western Sydney is truly an amazing place, home to over 300 different native plants and more than 20 threatened bird and animal species. But also for thousands of people the region provides their only direct contact with nature, and that population is expected to increase to 2.18 million by 2019” Mr Foran said.

The Seed Production Area in Richmond.

Increased population means large tracts of land will be converted to high intensity urban use. Greening Australia, planners and developers are working together to make sure the environment is protected and enhanced during the development process. Mr Foran said “The Western Sydney Airport will bring changes to the existing landscape and it’s good to see the government supporting long-term biodiversity programs”.

“The Commonwealth Government‘s contribution of $10 million over 5 years to develop the Cumberland Seed Production Hub will enable the expansion our seed processing, testing, storage and education facilities and increase the current cropping footprint from 4ha to 20ha. 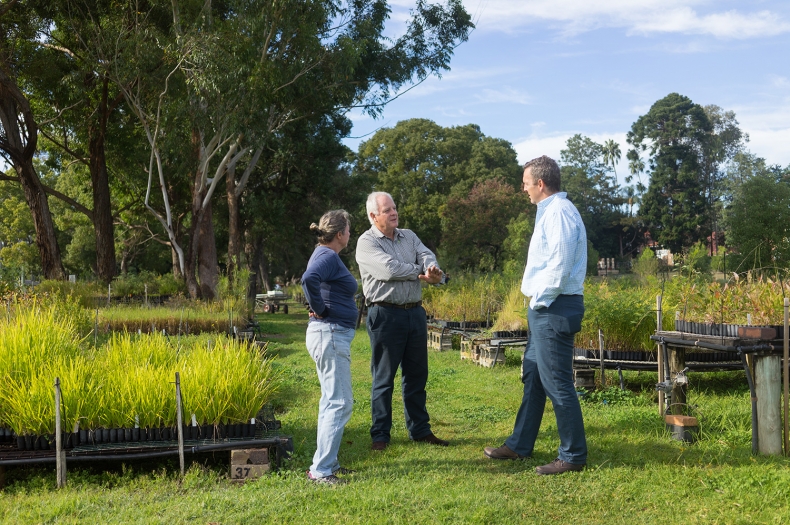 “Since 2004 we have been working with government agencies, universities, community groups, corporations and private parties to develop more effective ways to restore large scale landscapes, culminating in the work undertaken in the Cumberland Plain region over the past four years.” Mr Foran said.

He added long-term investment in applied research and its practical application has laid the ground for signiﬁcant future advances in the environment sector`s capacity to address national biodiversity loss.

In this light, Commonwealth Government support for the Cumberland Seed Hub represents a pivotal point for restoration and conservation, not only in this region, but across the country.

This next ﬁve year period, focused on infrastructure and capacity development, provides a unique opportunity to create a working model for environmental restoration that may be the basis for increased investment and action on the Australian environmental front for generations to come. 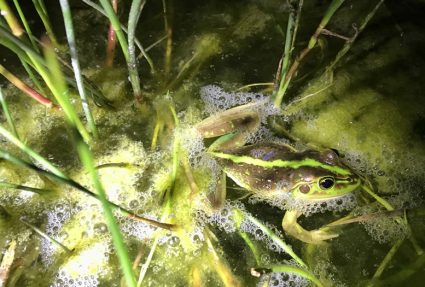 Threatened frogs hopping back from the brink in Gippsland Lakes 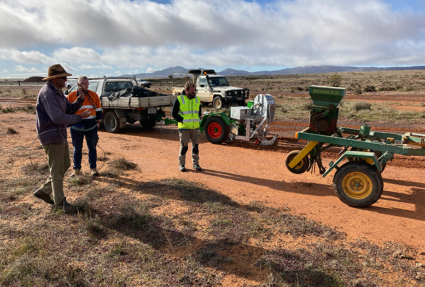 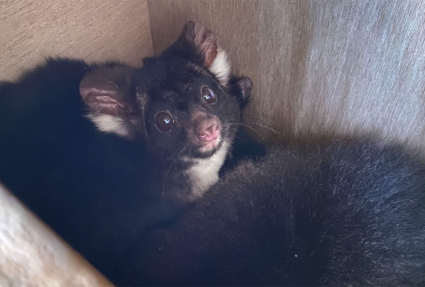