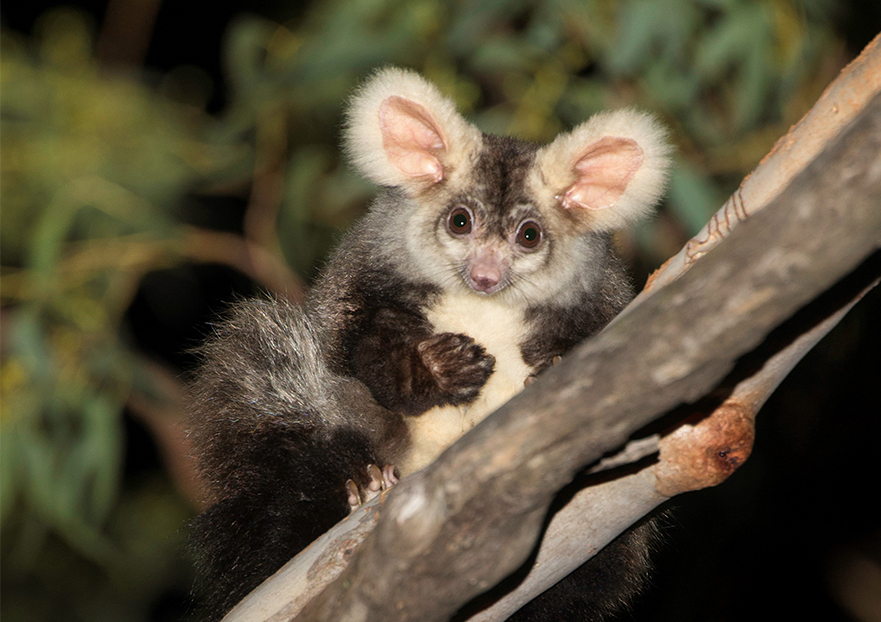 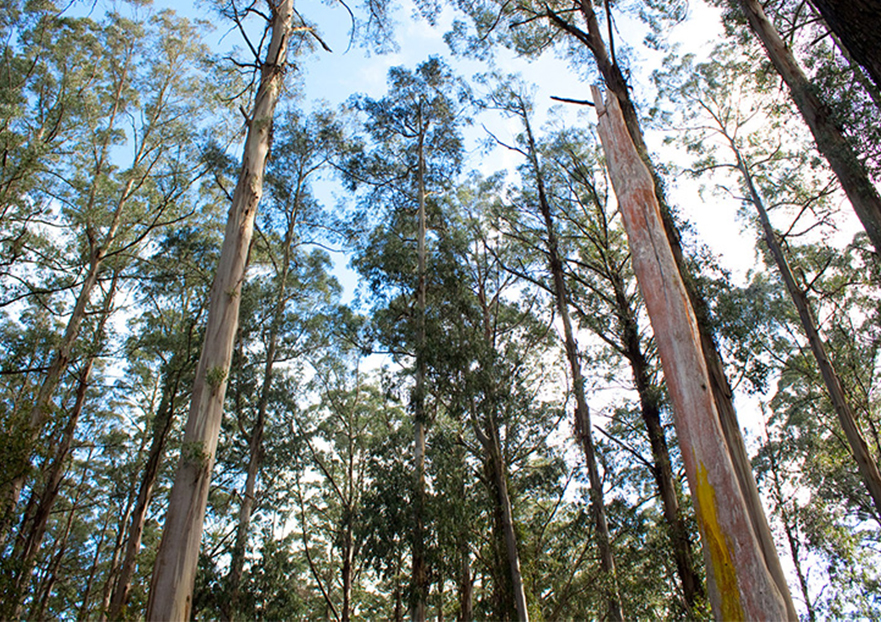 The Greater Glider are the largest Australian gliding possum with a head and body length ranging from 35 – 45cm and their long furry tail measuring 45 – 60cm. They are an enchanting velvety-furred marsupial with distinctive large fluffy ears. This animal can glide up to an incredible 100m at a time. They have a highly specialized diet feeding almost exclusively on eucalypt leaves. In addition, the Greater Glider utilizes between 2­-18 hollows and old remnant trees for rest and shelter.

Historical land clearing has led to the fragmentation of Greater Glider habitat, forcing them into isolated pockets which has a detrimental effect on the population as they move primarily by gliding between tree canopies. Greater Glider’s require old growth trees with large hollows, so lack of hollows is one of the biggest threats the greater gliders face.

Greening Australia is working to protect the Greater Glider through habitat restoration and introducing nesting boxes as an alternative to their hollows. By 2022, over 635,000 trees will be planted across 127 ha of private land to support the ranges’ nationally threatened Greater Glider populations. In addition to the revegetation work, nest boxes are being installed in the statuesque Mountain Ash trees, one of the Greater Gliders’ favourite homes. In September 2018, fifty nest boxes were fitted on the fringes of known populations and their effectiveness closely monitored.

All of these projects aim to increase community engagement and raise awareness of the Greater Glider and their habitat needs, with the overall goal to alleviate the threat to consolidate and build a more robust population.

For more information about this project, please feel free to send us a query online.