Coastal wetlands play a vital role in the health of the Great Barrier Reef, acting like kidneys to filter fine sediment and nutrients from the waters of the catchment before it flows onto the Reef. Crooked Waterhole, a property at Giru (35km south of Townsville), contains one such example of these valuable wetlands. 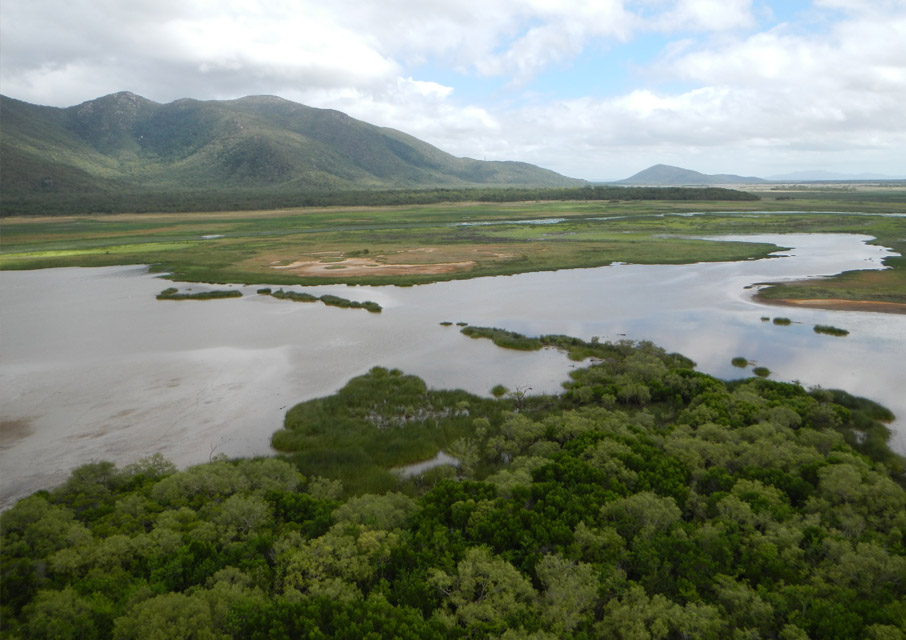 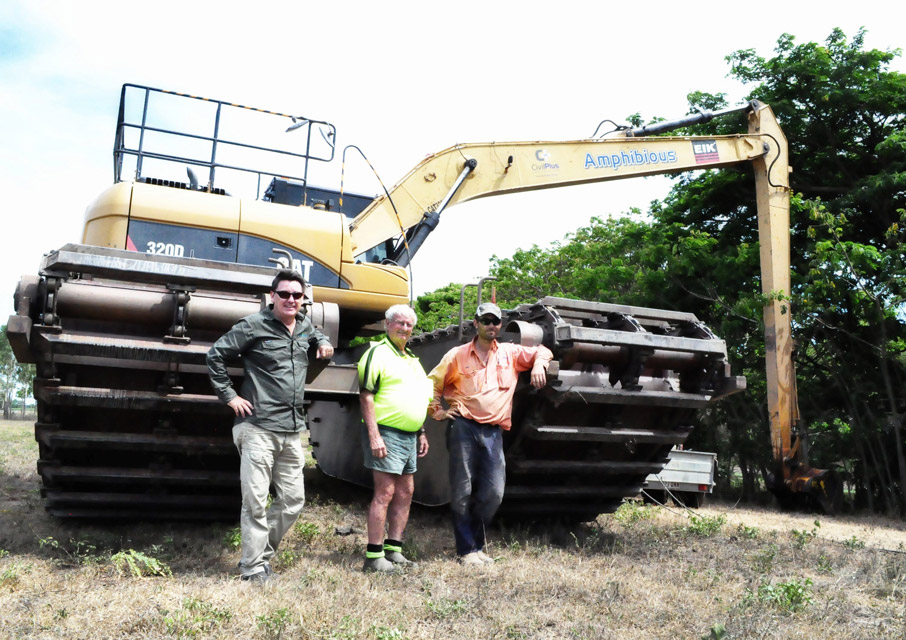 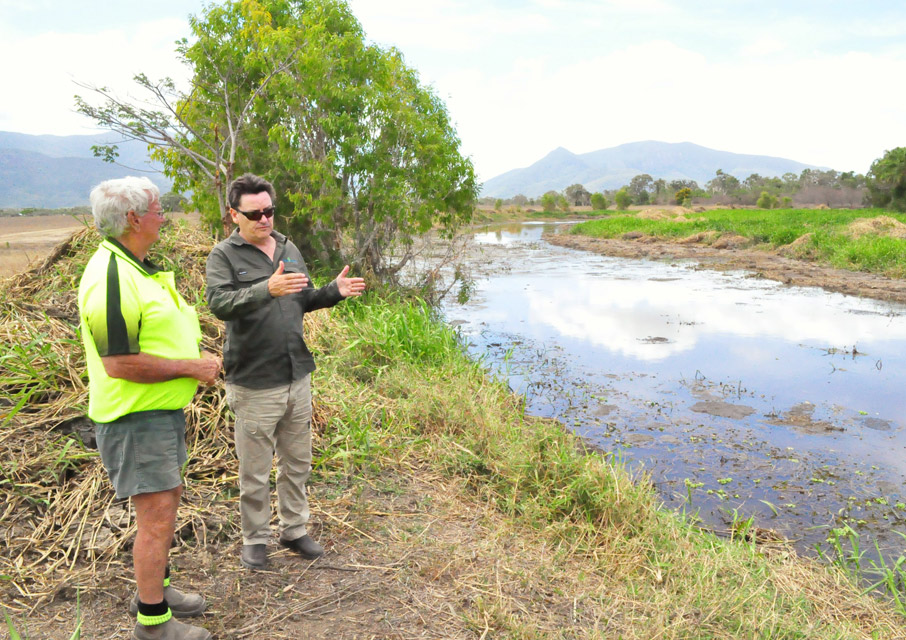 The wetland habitat at Crooked Waterhole drains into the Haughton River estuary – part of the Bowling Green Bay National Park, a Ramsar wetland site of international significance – before flowing into the Great Barrier Reef lagoon.

The Haughton River floodplain contains the most diverse concentration of wetland habitats in the Burdekin region and is identified as having high ecological value.

Crooked Waterhole was purchased in 2015 by Neale and Lynette Griggs, who have been working with Greening Australia through Reef Aid, to restore the health of their land and help improve water quality on the reef. For his tireless efforts Neale received Greening Australia’s 2017 Chris Jones Environmental Stewardship Award.

When the Griggs took over the property 18 months ago, years of neglect and overgrazing had left it infested with weeds. Exotic weeds including salvinia, water hyacinth and hymenachne had overwhelmed Crooked Waterhole to the point that oxygen levels were near zero, making it unsuitable for most native species of fish, including the barramundi, which once thrived there.

The lack of open water also made the wetland unsuitable for migratory birds that were once found there, such as brolgas, magpie geese and other water birds.

Neale had set about clearing the Chinee Apple infestation that covered most of his land but lacked the equipment, expertise and resources to restore the waterhole alone.

Greening Australia began working with Neale and Lynette in 2016 through Reef Aid to restore their iconic waterhole. In less than three weeks, three kilometres of weed choked channels were successfully cleared using an amphibious excavator. This innovative approach meant minimal environmental disturbance and reduced the amount of herbicide needed.

A few months later, water quality had significantly improved and native birds and fish, including Barramundi, had returned to the wetland. The successful partnership and local respect for Neale, has resulted in adjacent landholders engaging Greening Australia to expand the project onto their land, and subsequently, another 2.5 km of waterway upstream has been cleared, increasing the benefit to the landscape and to the Reef.

Vegetation on the site is now being monitored by Greening Australia to create a model for wetland restoration which can be applied to other sites. Monitoring of the site to track improvements in fisheries and water quality will be conducted by Greening Australia in partnership with key scientific organisations like TropWATER (James Cook University) while Birdlife Australia will survey bird populations across Reef Aid sites.

This Reef Aid project is funded by the Australian Government’s Reef Trust, Ian Potter Foundation, Accor Hotels and Virgin Australia. For more information about this project, please send us an online query. 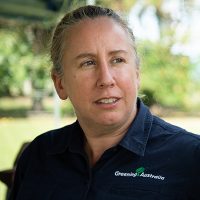 Lynise is a highly skilled and passionate ecologist with a PhD from La Trobe University in Melbourne and over 15 years’ experience working within professional environmental consulting firms in the educational and government sectors. She leads the strategic planning, science and monitoring of our Reef Aid program.